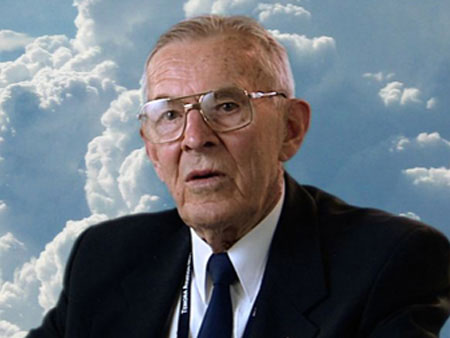 Don Andrews DFC. Don was a Spitfire pilot who was also commanding officer of 453 Squadron. He enlisted in the RAAF in 1940, did his initial training at Bradfield Park and learnt to fly at Narrandera on Tiger Moths. His service flying training was at Camp Borden in Canada. After a period as an instructor he was posted to 615 Squadron RAF flying Hurricanes, then to 245 and 175 Squadrons again flying Hurricanes. He joined 453 Squadron and was awarded the Distinguished Flying Cross for an action in which he shot down a Foke-Wulf 190. Don was a Wing Commander and flew a Spitfire.